Glass Scratch Repair Alum Rock
Alum Rock, California, is a district in San Jose, California, and is found on the East side of San Jose. It was once an independent town before becoming a neighborhood of San Jose, and some parts are still considered unincorporated and census-designated (CDP). The district is one of San Jose’s most famous because of its historic Chicano/Mexican American neighborhoods. It is also home to the oldest and one of the largest municipal parks in the country, Alum Rock Park. Interestingly, its name derived from a rock that was thought to be made of alum. 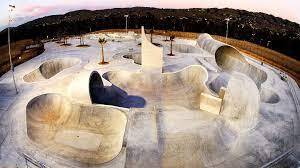 Today, Alum Rock is an exciting place for thrill-seekers. Lake Cunningham Regional Skate Park has the largest skate park in the state of California. The park has acres of open space and a 50-acre lake to enjoy. Volleyball players have the option of playing on the open courts, and family members can delight in a fun game of horseshoe. Then at the end of the evening, when dinner time rolls around, Alum Rock has various Mexican and Asian restaurants to choose from.